With a New Year upon us, January is a time of renewal and reflection. Tamela Ivie, Housing Advocate of West Women’s & Children’s Shelter of The Salvation Army Cascade Division, shared a touching personal story on “How The Salvation Army Forever Changed The Way I Experience Christmas” this past holiday season. She concludes her triumphant message about her family’s ‘new beginning’ made possible by The Salvation Army – Doing the Most Good in all seasons. Tamela’s story is a heart-warming example of renewal and what better time than the New Year to share her inspirational story. 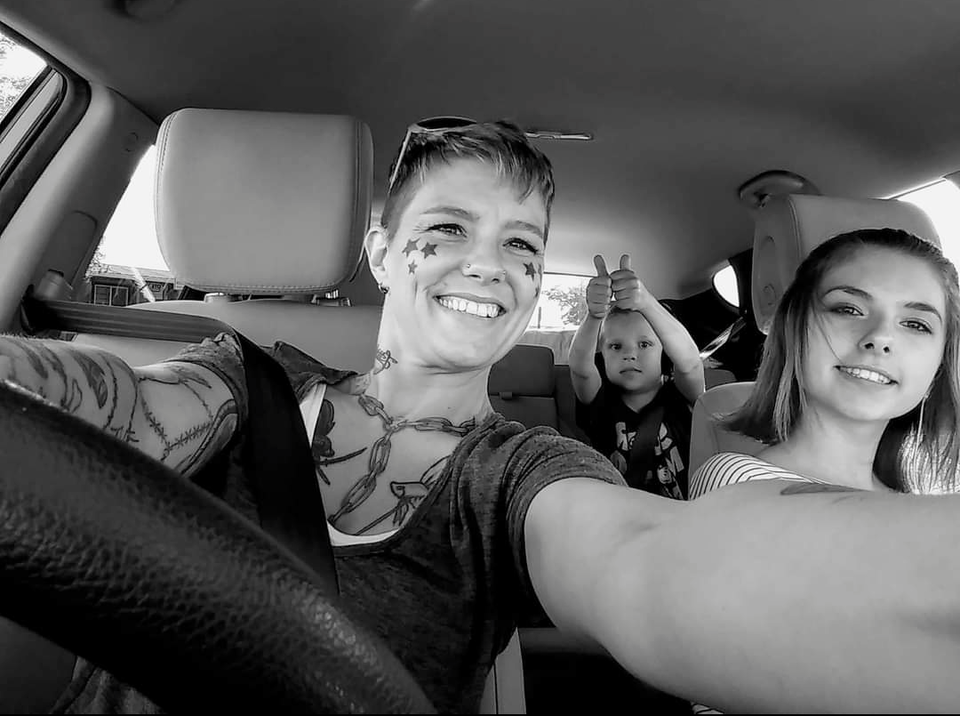 I was abandoned as a child, raised early on by an unkind relative, and eventually taken into foster care. Christmas was always an awkward time for me, spent in someone else’s home, and from my perspective it served as a stark reminder that I didn’t belong to the family I was with (which changed every other year or so). Once I became an adult, Christmas was an increasingly depressing time of year for me. My indulgence in alcohol increased during the holiday season, and my depression increased as well. Eventually I got to the point where I didn’t even like to think about the winter months and longed for an endless summer… avoidance became my attitude and my skill set in life.

After a deeply impactful experience in the US military, and my subsequent early discharge from service, I lost control of my addictions and my life completely fell apart. I was unable to care for my children and lost them and our home. I had become homeless on the streets of Portland. Christmas with my children seemed like an impossibility. I wasn’t even sure if I was going to survive the streets, let alone see my kids open Christmas gifts again.

In 2015, I entered the dorm program at The Salvation Army Female Emergency Shelter in Portland Oregon. The staff there helped me and encouraged me so much. I graduated out-patient treatment in three months while I was in SAFES program!

I moved from there to The Salvation Army Veteran’s and Family Center where my children and I were reunited. Christmas at the VFC were easily the loveliest of my lifetime. In 2016, my kids and I were given the board game Monopoly as a gift from TSA. We held a Monopoly tournament for days on end, eating chocolates from donor’s generous gift bags and listening to Christmas (and Christian) music. During mealtimes we would go to the community dining area, where we would regularly see groups of volunteers from different Churches, groups, and organizations pouring out their hearts in service work- bringing Veterans plates (restaurant style) and refilling coffee, all the while thanking the Vets for their service. I was only very new to the concept of grace because I had just previously lived a life of deep shame and regret, this was a very humbling and enlightening experience for me.

VFC’s Chaplain, Major Dennis Trimmer lead a Bible study that several of us regularly attended. Among us were a couple of guitar players. They passed out some sheet music, we all practiced a bit, and just after Christmas it snowed. We all sat around one evening singing praise songs in the community room while folks passing through stopped to listen and watch the snow gently fall through the picture windows. It was so warm and beautiful to me within those walls.

Now in 2022, my kids and I are making Christmas plans. I now work for TSA at The Salvation Army West Women’s and Children’s Shelter as a Housing Advocate for survivors of domestic violence. Here, there are many brave Women and Children that my family will get to bless this Christmas; we have already begun by amassing a collection of Christmas cards and discussing our budget for stuffing them! What an amazing blessing to us that we get to be a small part of these family’s Christmas this year and new beginnings for their future.

In addition to this, I will join The Salvation Army’s Portland Tabernacle Songsters (choir) this season to perform at local retirement homes, carrying on that tradition of making beautiful Christmas music for the enjoyment of others, a tradition that had begun back on that snowy evening in shelter years ago. My son, now 11 years old, will be performing in a Christmas play, singing Christmas songs with Singing Company (jr. choir) and playing his coronet with P-Tab’s Jr. band.

The Salvation Army has been rolling up their sleeves since 1865; its members are ever ready- Doing the Most Good in all seasons. Christmas though, is especially a time that The Salvation Army is a blessing to humanity. It truly is a blessed honor that I get to join so many generations, countries, cultures, hearts, hands, and voices that ring out “Thank God for the Salvos!”.

Friends, my family’s new beginning, along with so many others The Salvation Army gives a hand up to, is made possible in large part to generous donations from the public to The Salvation Army’s traditional Red Kettles at Christmas time. Please, consider Deuteronomy 15:11 with care and add your 2 cents in this season of kindness and compassion.

God bless you all and your Families and Merry Christmas 2022!

Subscribe to receive more stories, directly in your inbox!

A gift to The Salvation Army helps someone in your community.

Do Good in your community

Join us throughout the week for worship, fellowship, Bible study, meals, community service and fun.